One of my vision issues is that I don’t like to read. Now, I thought I did like to read. But it turns out it makes my eyes hurt, and I skip over words. I try to get the gist of what I am reading without reading all of it. And if I go back and read every word, I am likely to tangle up the letters and mis-read it anyway. The whole thing is a chore and a nightmare for me. 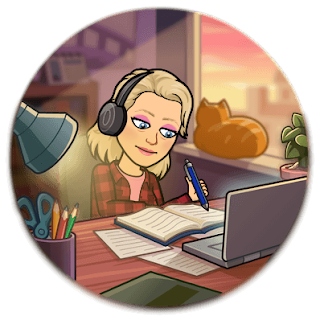 I have learned that I love listening to books on Audible. I mean, I love books. I love stories. I love learning things. And Audible works for me so well. I can be washing the dishes, keeping my hands busy, and read a book. I have listened to books while I take a road trip from the east coast to the mid-west.

Recently, I have been listening to a book on Audible.com called “A Radical Guide for Women with ADHD,” by Sari Solden MS and Michelle Frank, PsyD.

Yes, I have ADHD too, because of course I do. I didn’t have enough initials of things I have with C-PTSD, PTSD, Afib and SVT. Sigh.

Today, she brought up Proprioception. My ears perked up. My mind was wandering during part of the book, because it does this. Thank you, ADHD.

The authors talked about how people with ADHD are distant from their body, not paying attention to things. Constantly distracted. And how bringing them back to a sense of their body by working on proprioception can bring them awareness and help them focus. Be here now.

The author gave us an exercise that started with wiggling our toes. I was driving my car. A friend of mine taught me to use my cruise control on long drives. And I had it going. And I was able to wiggle my toes as I listened to the author and as I drove through the Shenandoah Mountains.

She said we should bring awareness to our toes. Feel ourselves down there, in our toes. I am not there yet, feeling like I exist down there in my toes. But it was sure worth a try. I definitely feel like I am in my head, my brain, all the time. I excessively think and overthink everything. I can’t shut it off. It’s constantly going and going and switching topics and losing focus and hyper focusing. It’s exhausting.

But I wiggled my toes. She said to move up to our body and move our ankles. I was wiggling my toes and moving my ankles. And my ankles got tired. As a former ballerina, I was sad to realize how tired my ankles got from minimal movement. I have some work to do.

She had the reader move on up their body to their knees, thighs, hips and shoulders and neck …. And I was still just trying to wiggle my toes and feel an awareness of myself down there. 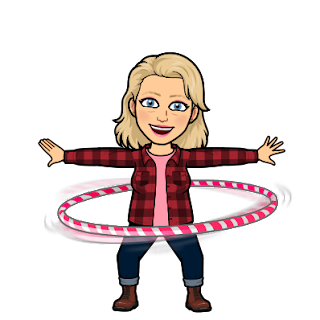 I like the idea that I can practice proprioception in this new way, and I wanted to share it. I will never be a circus acrobat. But hopefully as I approach my 50s, I will get more fit and more aware of my body than I have been.

My son tells me that if we used to be athletic, our body remembers how to do it, so it comes back easily. I am hoping this is true for me. I’ll let you know how it goes.

So, let’s talk a little about proprioception, shall we?

I learned about this word in vision therapy. It’s a word I am still figuring out.

It means “perception or awareness of position or movement of the body.”

Gosh, I have so many different things I want to share about this. Either this will need to be 3 blog posts, or I can figure out how to make it interesting as one and not too long.

I am suddenly reminded of Cirque du Soleil’s “Alegria” show. It’s a beautiful show, full of storybook characters and bird characters that walk around, dance, jump and do amazing acrobatics. It has a beautiful princess character in a white dress who sings the most beautiful songs with her extraordinary alto voice. There is a character opposite her - who wears all black and sings the harmonies. Their performances are so extraordinary that they can both do both characters. In fact, they alternate. The black-dressed character doesn’t sing as much as the white-dressed character. So they alternate nights, to give their throats a rest from doing the whole show, every night. I just find that fascinating.

I watched a show of them, behind the scenes. I can’t remember what it’s called now. But the casting director is talking to the whole cast. She has an issue with their performance. That’s the thing about Cirque du Soliel - from what I have experienced of it (and at last count, I had seen 20 of their shows, and some of them I have seen so many times I can’t even count how many times), I love the way that everyone there strives to improve their performance for every single show. The creative director is constantly watching every show to make sure it is as spectacular or even more so than every previous show. It’s amazing.

In the tv show I watched about Alegria, I remember the casting director looking at the strong man of the show and saying to him, “Andre, in the first act, your arms are….” And he burst out, “the biggest!”

It wasn’t what she was aiming for, but it brought a good laugh. She was trying to make sure everyone on the stage during the first act held their arms in a certain wing-like formation. She wanted everyone to be in this position the entire time they were performing a certain section of the opening act.

Another part of the show, I think a narration of the scene I have just described, talked about how aware every single performer was in their body. Their entire being was wrapped up in every motion their body was making.

They were centered in their body. It got me thinking. I have been thinking about this for probably 15 years or more now, and it still gets me - how aware every single circus performer is and has to be, about where their body is.

Some circus acts are incredibly dangerous. Dangerous beyond belief. One missed beat could mean the difference between life and death. I have seen Cirque du Soleil shows and other circus shows and clowns doing incredible, breath-taking things that I would need a book to describe them. Things that no ordinary person like me could dream of doing. Acrobatics, flips, diving, silk dancing, kinetic movement beyond description.

While I’m at it, I am just going to say - go see the resident show in Las Vegas called “KA.” It’s a Cirque du Soleil production that has things there are impossible to do. I sat there and watched and said out loud, “that’s impossible.” And yet, the performers did everything flawlessly. Like a seamless ballet. It takes my breath away just to think about scenes in that show.

The whole idea of a stage performer being completely aware of their body. Wow.

Growing up in Christian Science, I turned my whole back on my material body. I didn’t eat right and I didn’t exercise. Let me tell you what it’s done to me now, at the age of 49. I am no longer fit. I am no longer the athlete I used to be. I used to run track, dance ballet, snow ski, canoe, rock climb, go caving. I could do just about any sport I wanted to do. I took about 5 golf lessons and did really well with that too. I played on the roller hockey intermural team in college, too. What a rough sport. It was men and women on the team. Mostly men. And they didn’t care who they were running into. It hurt like crazy and I loved every moment of it.

I have been out of Christian Science now about 7-8 years. I have been working very hard to realize my human body is real. It’s been quite the learning curve.

One of the things I had to come to terms with was the fact that I have heart problems. I have supraventricular tachycardia (SVT) and atrial-Fibbrilation. One of these things means that the left and right side of my heart don’t talk well to each other. They forget it’s a dance between 2 sides and sometimes just pump on one side of my heart. This can be a lethal thing for the person who experiences it. I am lucky to be alive, frankly. I am so grateful to still be here. I feel like I have so much to share with the world and I am just getting started. The other heart problem is that my heart can beat too fast. It beats way too fast and makes me feel dizzy, like I want to pass out. I have had heart surgery and thankfully, where I am now is that even if my heart feels weird and crazy, it’s not going to kill me. Also, I take a daily heart medicine now that also keeps it more in check.

I haven’t exercised in something like 20 years. Probably more like 30-35 years. I exercised in Physical Education class in school, all the way through college. And I also did ballet and track, like I said. I was active and enjoyed being athletic. I was fit and gave all the glory to God. It wasn’t my body doing these things, it was me expressing my Maker, God.

Life took some twists and turns and I ended up on the couch. For 20 years. Marrying, having babies, giving up all the things I used to love, and putting my children and marriage first, ahead of any human or material needs I would have wanted. I thought it was the right thing to do.

And now I am 49, coming up quickly on 50. I will turn 50 this year. And I am in the worst shape of my life. It’s so hard to go from couch-sitting to heart problems to staying in bed due to anxiety, heart problems and a fear of leaving the house due to my own vision issues (yes, I have blogged about how my vision issues are related to me being afraid to leave the house - click on the link in the sidebar for Dissociation - and read how it’s all related).

Proprioception. Awareness of where your body is, and how it’s moving in space. I want more of that. Proprioception. I did snow angels on the carpet (okay, they are actually called carpet angels) when I started vision therapy. I sat in a spinning swing or a rolling office chair and spun in place very slowly. I learned how to reach out and touch objects in space. All of these different activities were attempting to teach me to connect with my body - give my brain new patterns and wiring. Literally rewiring my brain.

I did so much work learning where my body is in space, learning about proprioception in vision therapy. And I feel like I have only just begun to say what I wanted to say when I started this blog post. But it feels long enough now.

So more about this topic will come along in a future post. Thank you for reading my blog. I appreciate having you here.